Beware, the site has changed address !
Within few days it will no longer be possible to use the old one.
Please update your bookmarks with this address : https://www.wearetribeglobal.com/ 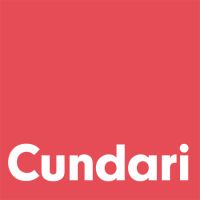 Not a conventional independent agency, we define our mission and vision by our entrepreneurial drive, which has fueled our growth and success. The same culture of entrepreneurial drive that was the foundation that built this agency 37 years ago pushes us every day to provide more for our clients – better service, more diverse thinking, and more non-traditional creative solutions that ultimately delivers results.
And, we must be a true growth engine for their clients, first and foremost. We are able to continually invest in our in-house agency offerings, which allow us to create unique and innovative solutions that transform our clients’ brands.  Our senior leaders work directly on our clients’ business.  With offices in Toronto and Montréal, our proprietary agency structure efficiently manages a bilingual team of nimble and flexible subject matter experts across a multi facet array of disciplines.

“We have moved from the information age into the age of consumer empowerment supported by customer centricity.”

After completing his studies at L’Istituto Europeo di Disegno in Rome, Italy, Aldo Cundari quickly established himself in the marketing field in Canada. By 1980, he had created the foundation for what would become Cundari Group Ltd. Today, Cundari is Canada’s most globally awarded independent agency. Their work has been recognized around the world at Cannes, the Cassies, by the UK’s Directory Ranking and is the only Canadian agency to have two campaigns on WARC’s 100 smartest marketing campaigns in the world list.

Aldo has developed an ever-increasing and satisfied client base, always with an emphasis on the 360º integrated communications approach he pioneered in Canada. This philosophy and Cundari’s proprietary consumer insights have propelled his clients to achieve highly creative and effective communication programs, from Cundari’s first customer retention programs for Hewlett-Packard to highly successful branding campaigns for BMW and a robust place-branding practice that has included programs for Washington DC, Niagara, Yonkers NY, Raleigh NC, Toronto Waterfront, London, Ontario, and Calgary.

Aldo is the author of the book Customer-Centric Marketing: Build Relationships, Create Advocates, and Influence Your Customers. Published by Wiley in 2015, the book provides a comprehensive game plan on succeeding in the new marketing landscape by focusing on the customer.

Still very much in touch with the fine art community, in 2013 Aldo, along with a business partner, reopened and revitalized the Toronto School of Art after its doors closed in 2012. The alternative, not-for-profit arts school established itself as one of the most distinguished alternative art schools in the city and now continues to be a landmark in the arts community.

Aldo has served as chief judge of the World Globe Awards from 2000-2008 and in 1998, was included in Marketing Magazine’s “Power List: The 100 Most Influential People in Canadian Communications.” In 2006, he became a Fellow of the QuantumShift program at the Ivey Institute for Entrepreneurs. In 2008 and 2009, Aldo was selected as one of Ernst & Young’s Entrepreneurs of the Year. In 2010 he was appointed to the board of directors of the Canadian Marketing Association (CMA). 2013, he has served as Judging Chair of the CMA Awards, and co-chair of the CMA 2012 and 2013 Summit. In 2015 he was appointed to chair the Villa Charities board of directors.

Malcolm has over 20 years’ experience in strategy, insights and planning. As an impact-driven leader, Malcolm stewards profitable, strategic business growth. He has a wide range of brand-building experience across multiple categories, including financial, automotive, retail, destination marketing, hospitality and property development. He brings a deep customer-centric understanding of the invaluable role both relevancy and responsiveness play in connecting with consumers, provoking reaction and ultimately creating advocacy for brands. He also obtained an International MBA from the Schulich School of Business and speaks three languages.

Robert is a media strategist, business builder and account manager with 12+ years of national media and retail advertising experience. Rob’s passions are to mine information and insights that translate into engaging media strategies. Rob possesses the unique attribute of being an expert planner and buyer, and he employs a KPI-oriented approach to the entire media process. Rob has the deep multi-stakeholder experience, having worked with clients in a variety of industries including automotive, financial, and education.

The Firkin Group of Pubs

The Hospital for Sick Children