World Travel & Tourism Council chose Seville (Spain) to celebrate its Global Summit 2019 on the 3rd and 4th of April 3. The city was the epicentre of world tourism bringing together outstanding speakers such as Barack Obama, Pedro Sanchez (President of the Government of Spain), as well as several CEO's of large tourist accommodation companies, tour operators, customs and airports, etc.

With an extensive and comprehensive agenda over two days, various aspects of the tourism sector were discussed, such as current and future growth, sustainability, the impact of technology and the profile of travellers, among many other topics.

Among the conclusions, the key points were the continuous growth of tourism worldwide and the forecast of the creation of 100 million new jobs in the next decade. This is easy to understand if one takes into account that in China there are 417 million millennials (more than the entire population of the United States and Canada combined), but only the 9% of the entire population has a passport so far. In the case of Chinese tourists, the importance of finding content and available information has been pointed out, since they spend more time searching info for their trips than European or American travellers.

Among the destinations, Africa stands out because tourism is growing at a faster rate than the rest of the planet, representing 8.5% of the economy. Among African countries, Egypt expects that up to one job per household will be generated by this industry.

Sustainability has also monopolized some of the talks and debates. In fact, the traveller has been highlighted as the driver of this demand and it has been shown that economic growth can be obtained while tackling climate change.

Furthermore, marketing was one of the topics featured at the summit, emphasising the importance of the types of travellers and the profitability that can be made. Avoiding a focus on millennials who have less money and less time to focus on their parents, as well as the long-term value of travellers with disabilities, due to their high level of loyalty were among some of the points discussed.

The future is technological

In terms of technology, the debate focused on the implementation of 5G and the amount of data it will provide regarding facial recognition. The debate also focused on the comforts that it brings both to airports and cruises, where it enables holiday makers to enjoy one extra day of their trip, though speedier disembarkment; the current use of the block chain in loyalty programs and luggage tracking; as well as the use of robots in tourist services and accommodation for the next 15 years. 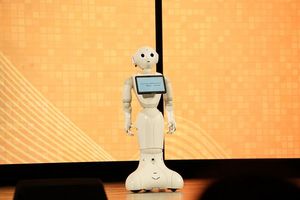 The most important social aspects

The panel of experts also discussed relevant social aspects, such as the need to be able to prove the identity of those who do not have official documentation.

A special mention is needed for the creation of the WTTC Global Task Force on Human Trafficking, in order to fight the trafficking of people, signed by large companies from the tourism sector such as CWT, Emirates, TUI, Hilton, Airbnb and Thomas Cook, among others. 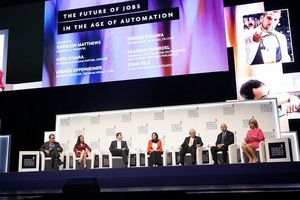 Spain, beyond the beach

At the summit, it was announced that the companies that form part of the WTTC will invest 3,000 million euros in Spain, especially in the hotel, aviation, technology and shopping segments. All this was accompanied by the different visions for Spain from other markets, such as the Chinese and British, and sharing experience on how the demand and offer grows in Spanish destinations that do not have spectacular beaches.

To top it off, at the WTTC Global Summit 2019 the winners of the Tourism for Tomorrow Awards have been announced. The categories and winners were: 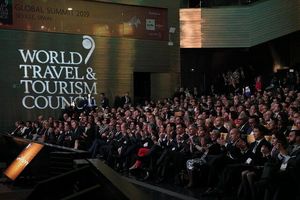 Follow us on social media via the links below and discover all of our Travelations   here .

If you would like to speak to one of Tribe's travel experts, or would like to view our travel/tourism credentials, please email Elaine here .

Tribe Global is a network of over 30 independent agencies and business Partners working together with an overwhelming passion for solving client challenges creatively, with a commercial imperative. Travelations are for travel marketers seeking global perspective, actionable insights and business advantage. For more Travelations and examples of our deep Tribal travel/tourism experience, find us at tribeglobal.net.